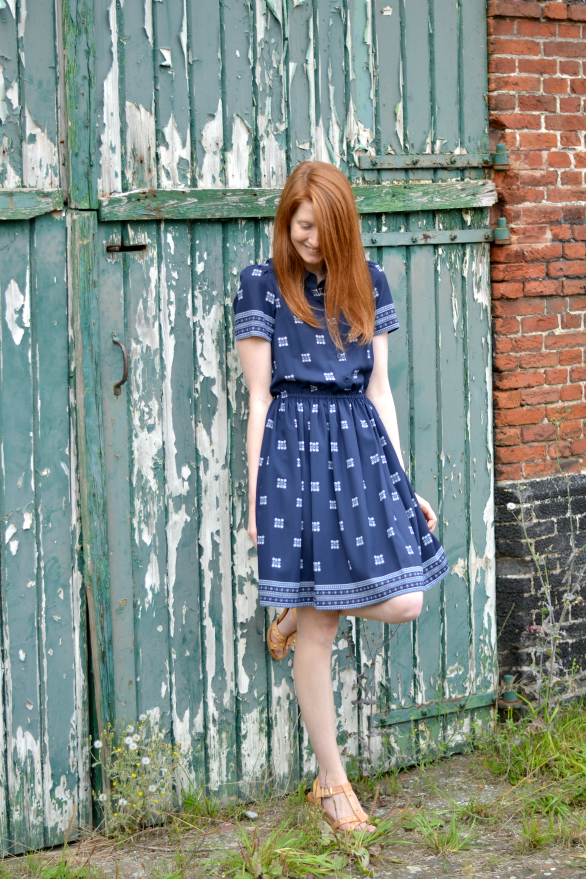 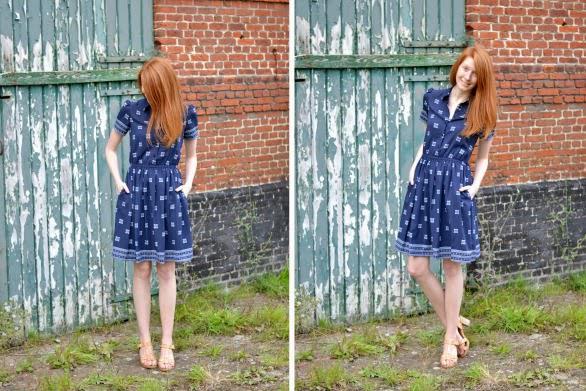 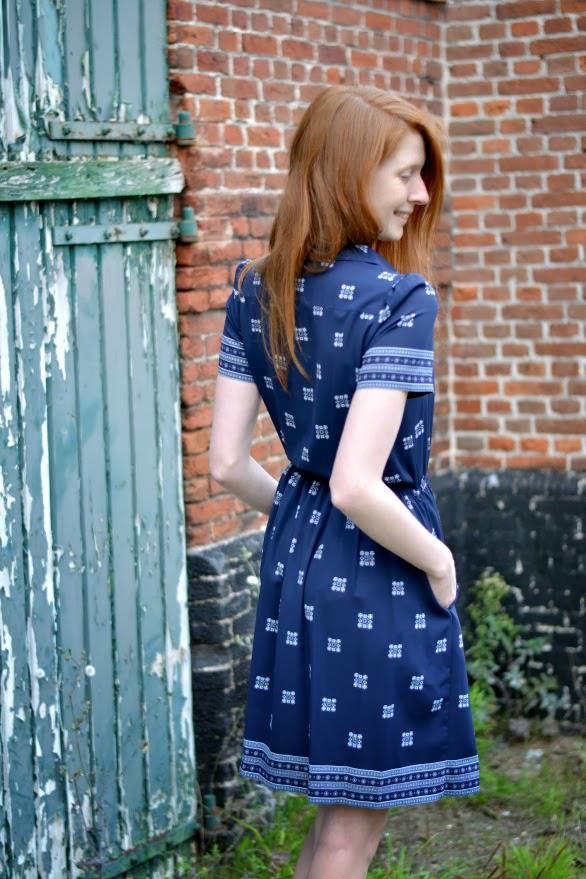 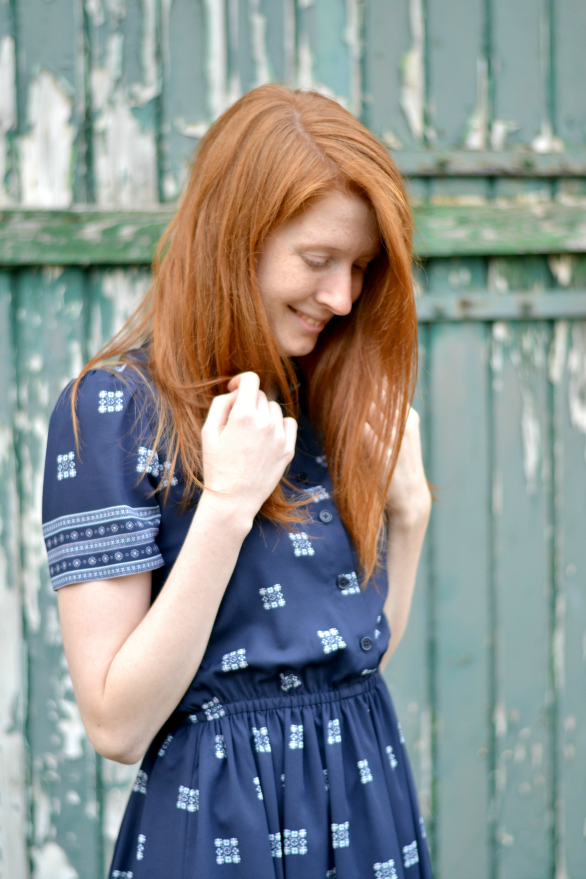 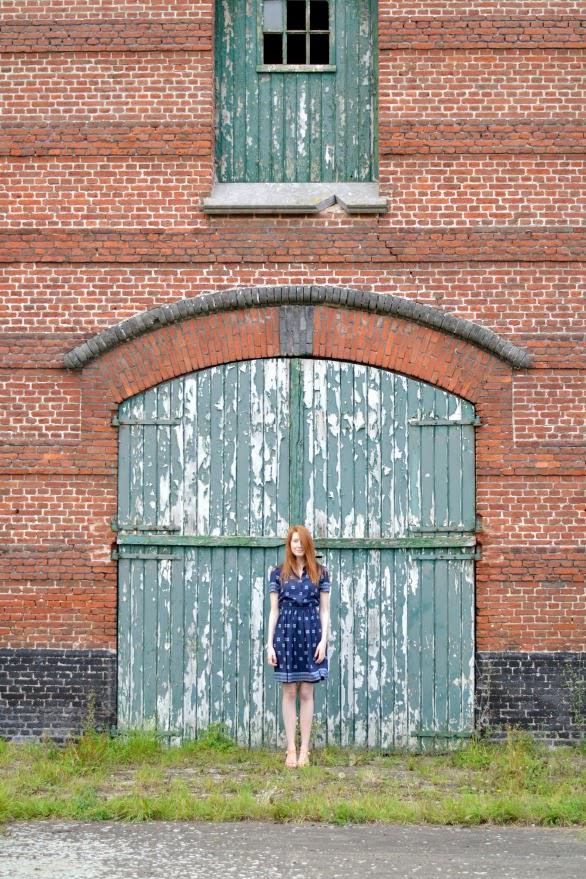 I, very lovingly, call this dress my farming dress. The fresh blue color and fun off-white and turquoise squared print remind me so much of the pottery you find in typical English (or even Dutch) country-side homes. Not that I have actually been inside one, but I like to think I’m an expert now that I have seen basically all existing episodes of Midsomer Murders and even the occasional Kirstie’s Homemade Home. About that last show: how many coats does she have!? She wears a different one in every scene. Considering it’s rumored to always rain in Britain, maybe it’s only logical she has a closet full.

So, now that we have landed on the classic blogger topic “the weather”: the rain has been coming down with buckets since Friday and I don’t think it’s going to stop any time soon. We  celebrated my fathers 50th birthday with a fancy family dinner this Saturday, and since it then looked like Sunday could be a good one K and I planned to go for a nice long walk in the forest. We looked out of our window the next morning but it was still raining. The forest resembled more a site where a small storm had just passed through. There were broken-off branches everywhere and the streets were covered in leaves and a thin layer of mud. A few trees had cracked and were hanging dangerously low. An ambulance blocked the street until the fire department arrived to lift up the trees. I don’t think our car would have been able to plow through all that mud, and I didn’t really found the thought of getting my nicely cleaned boots stuck in that brown mass very appealing either. Instead, we turned around and made our way to Antwerp earlier than planned to visit with K’s grandma and her puppy. Puppies make everything better.

My friend Bianca took these photos at  the historical site in my hometown. There’s a huge old farm there that used to be a part of the local prison. They’re currently restoring the entire site, but the west wing is still untouched by the workers and therefor was the perfect backdrop to showcase my farming dress. Imagine it with a trench coat, and you’ll see the outfit I wore on my first day of school this year by the way. 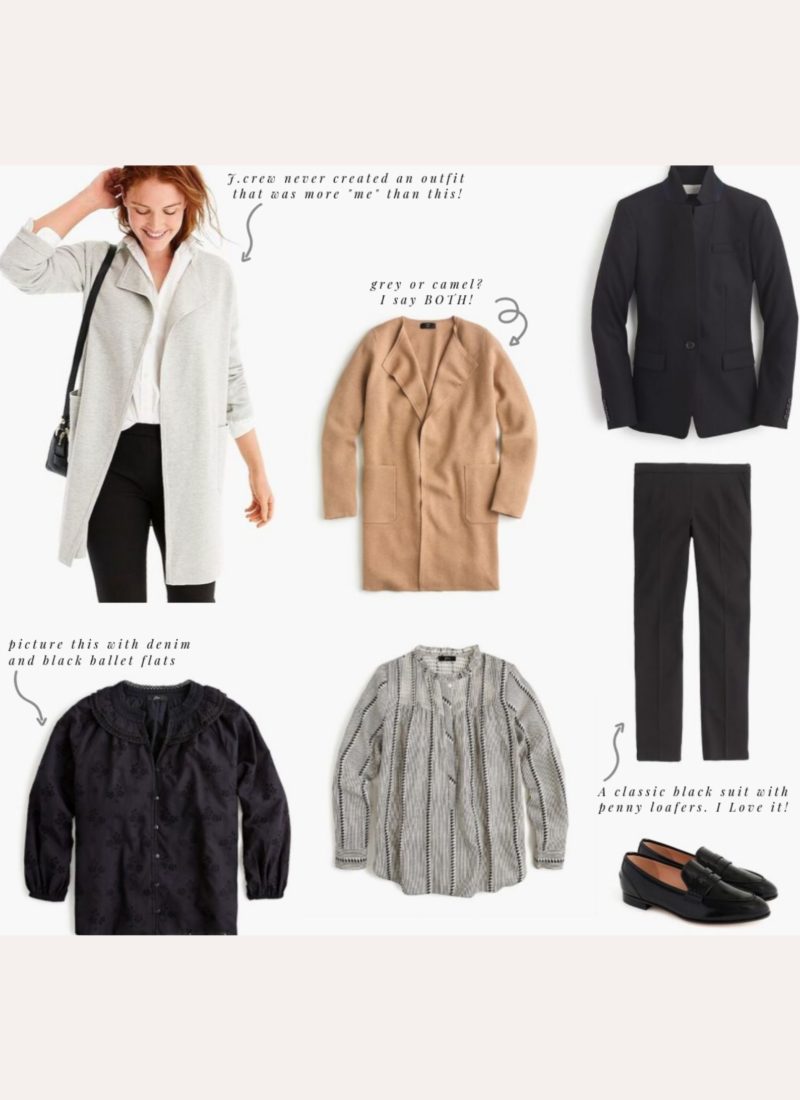 My Favorite J.Crew Pieces for Fall 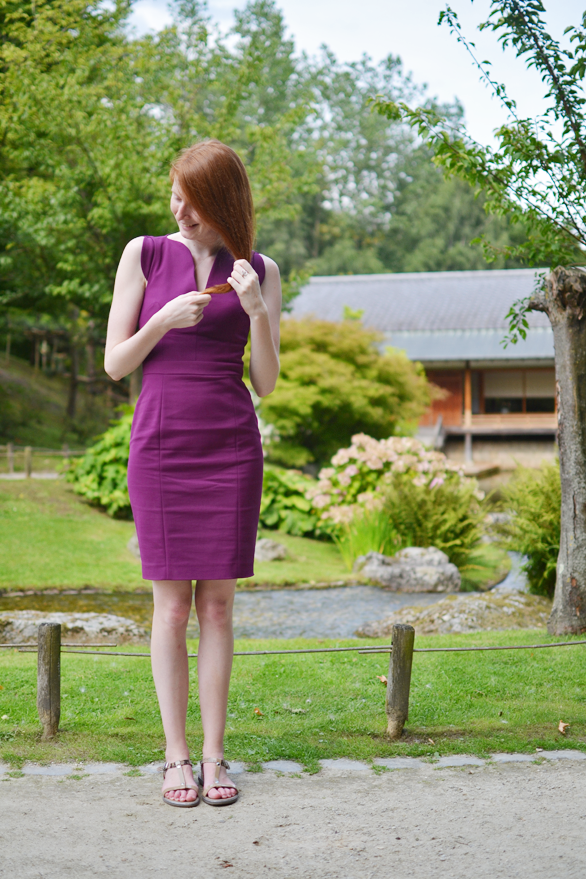 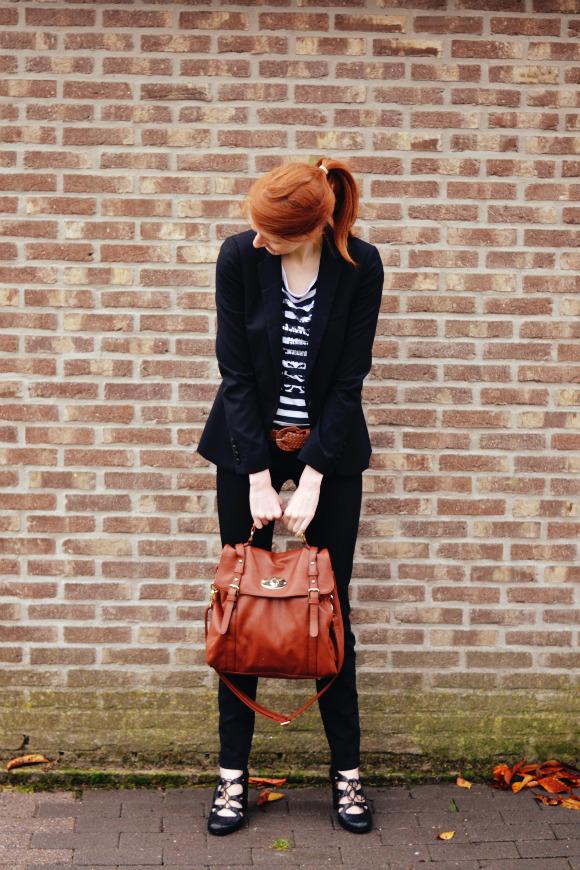 Ofcourse you have to wear black on Black friday. 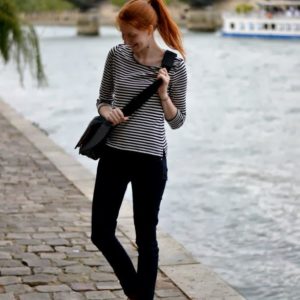