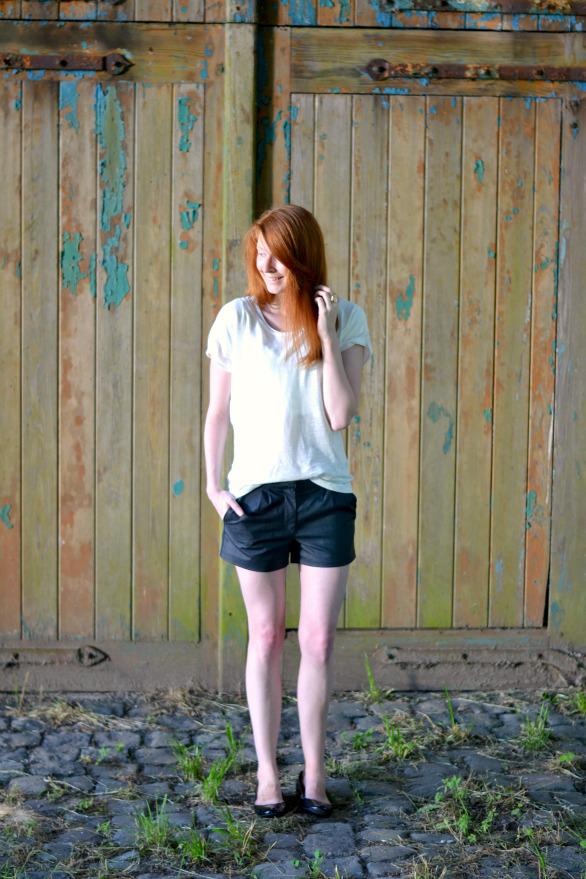 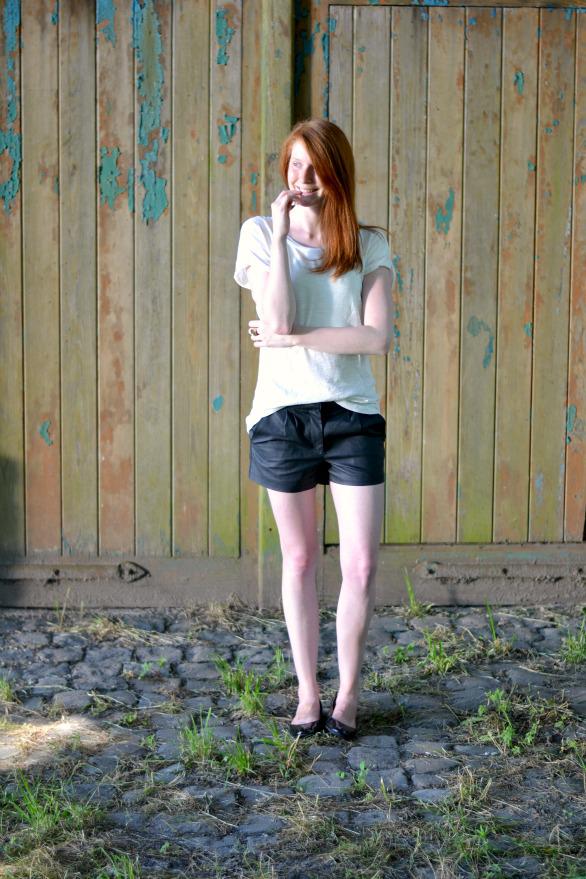 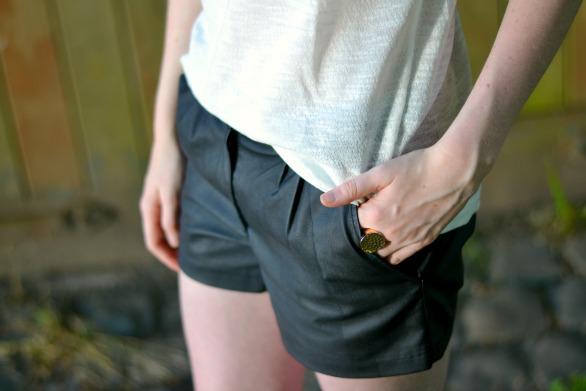 We’re almost half way through our summer, but the weather won’t show for it. It has been H.O.T. out here so a pair of shorts and a breezy T-shirt were more than welcome during this intense heat. These photos were taken somewhere on a bright and sunny afternoon last week, so hence why the photos are so overexposed and saturated. I wasn’t sure about posting these, but hey, you have the right to see what my real heatwave fashion is like too!

A gigantic thunderstorm kept me awake on Saturday, and as sleeping was not an option I started worrying about things happening in my life. Will I be smart enough to succeed at university? (m I doing good enough at blogging? Have I been spending too much? Am I taking enough chances? Am I spending my vacation time useful enough? This ever so pressuring, rotating thought mill crushed the potential of sleeping at all on that wild night.

The thing is. We sort of buried our plans to make a longer trip in September as our financials haven’t been as balanced as we had hoped. We’re toying with some nearly impossible ideas about road tripping the West-Coast next year, but I’m not gaining much hope from idle ideas like that one. Suddenly, in the middle of my thought process, I remembered about the promise I made to myself. The one where I pledged to travel alone and not be scared about it. I woke up Sunday – Surprisingly, I had some sleep after all – with a sleepy and painfully pounding head, but a very clear idea of what I had to do. “There’s a bus leaving for Canterbury again on august 10th and I have to get on it!” – I said to myself. And so it happened, I mailed the bus company a reservation form and now have my fingers crossed there’s still a seat available. And that my boss won’t call me to work. That too. 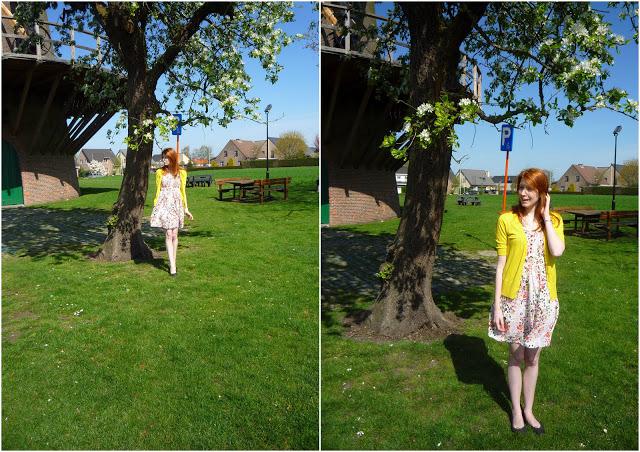 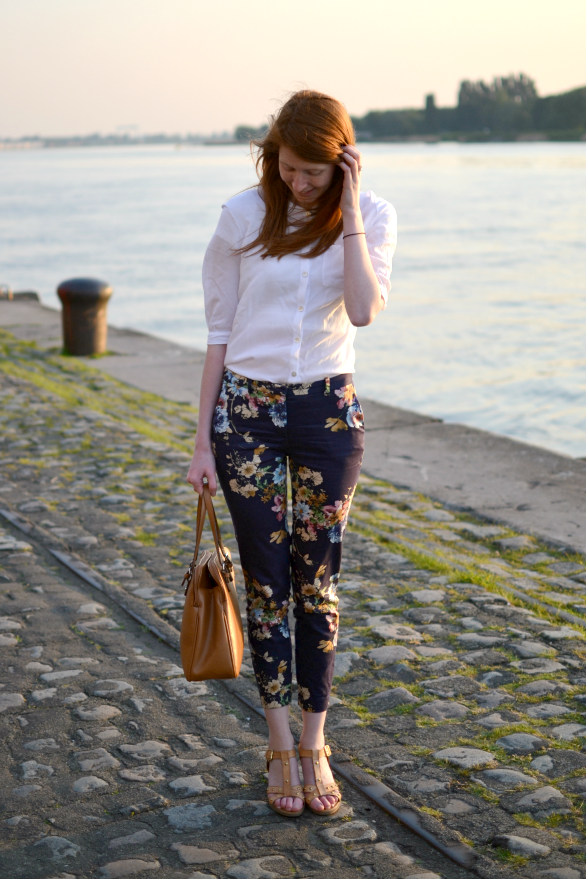 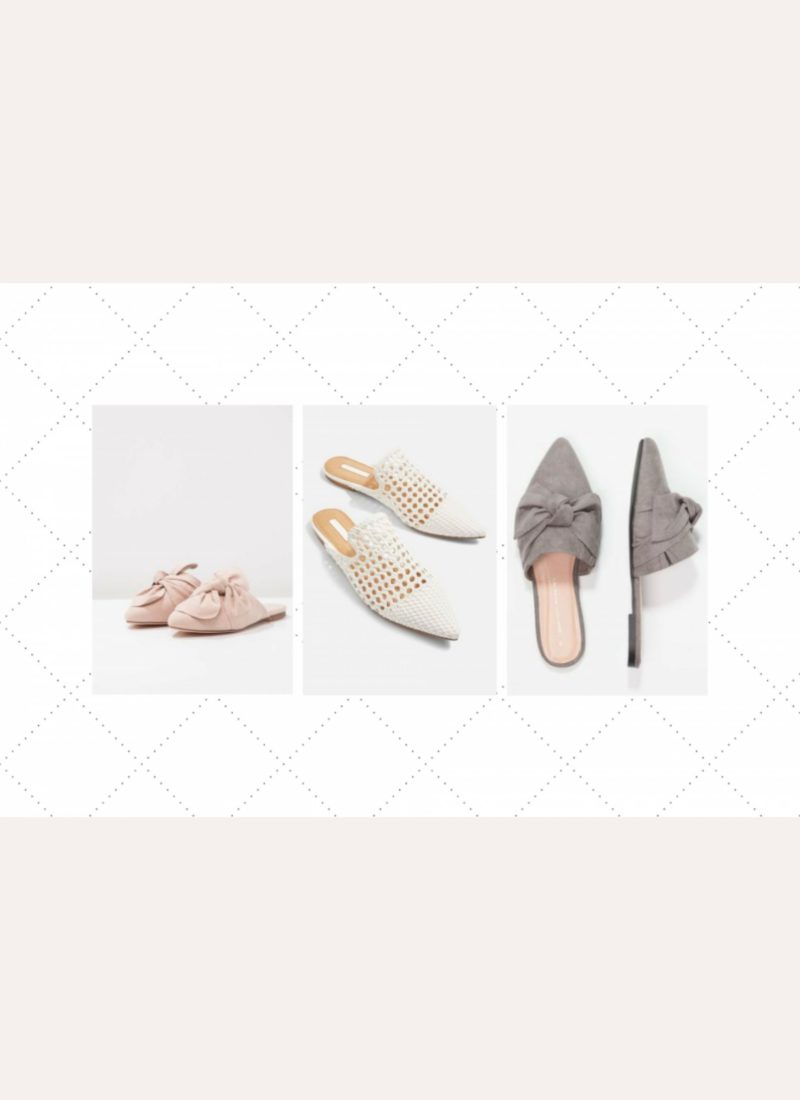 The Prettiest Mules Under €50 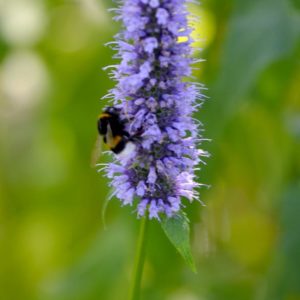