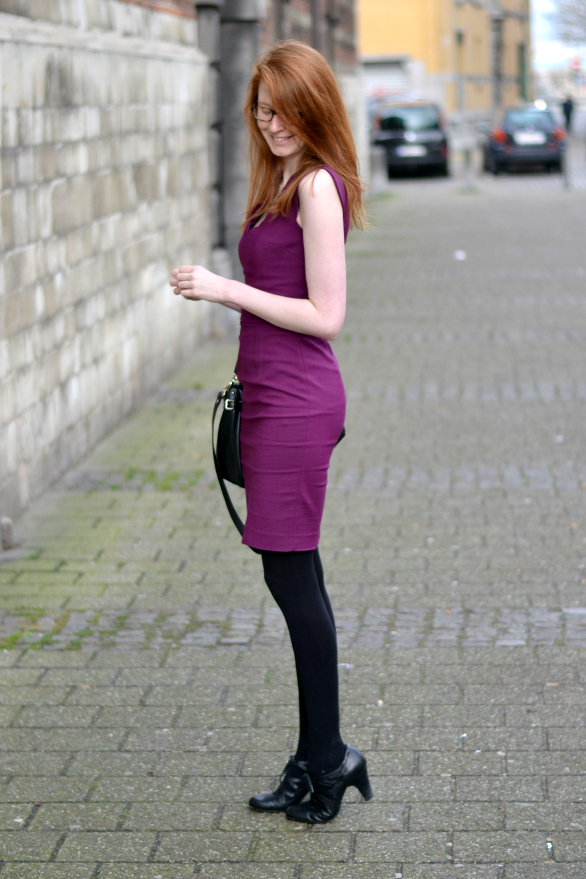 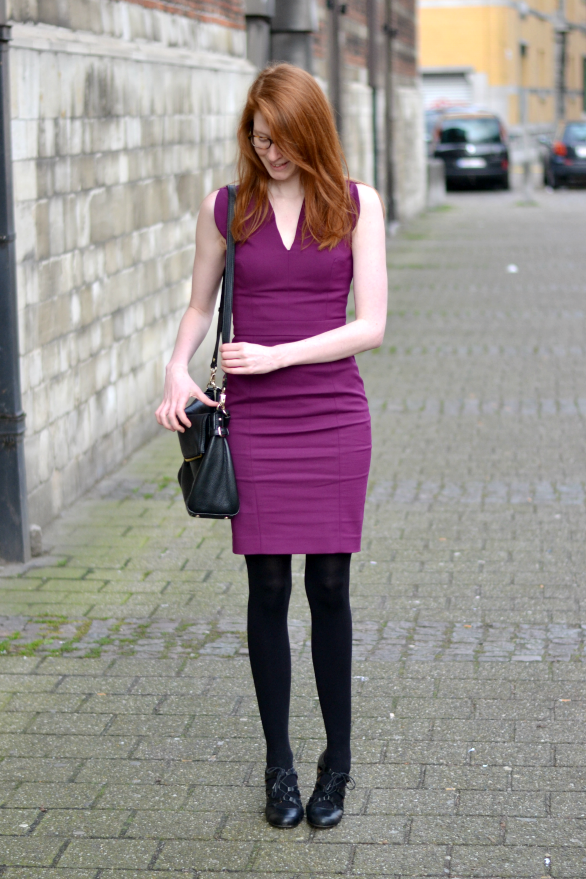 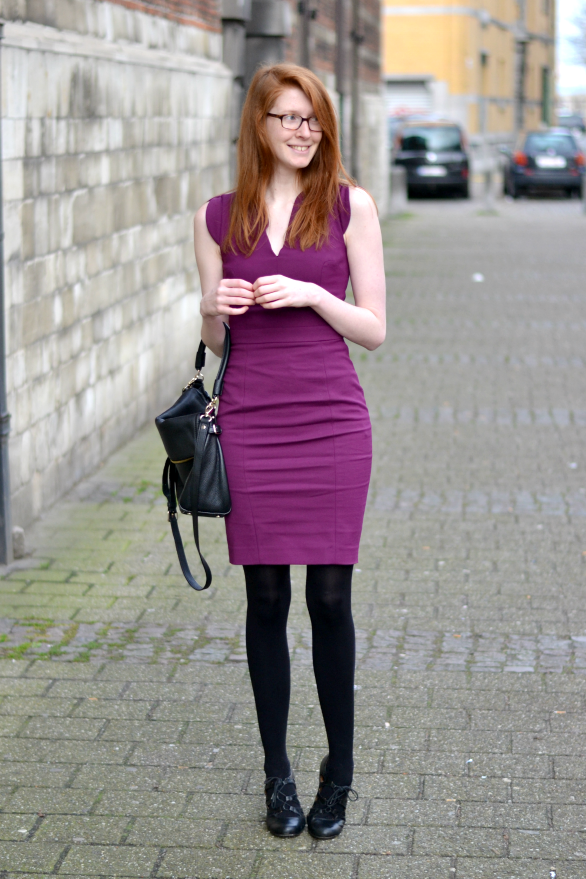 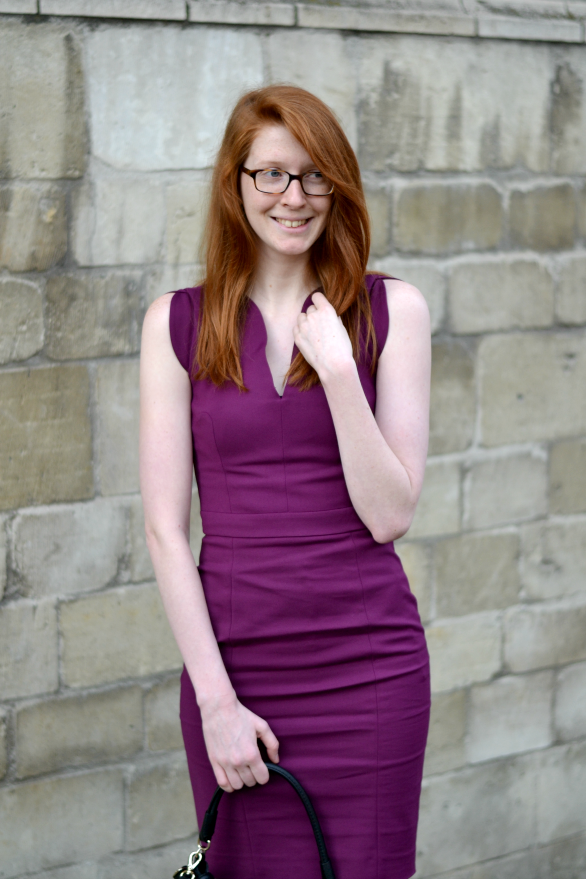 I like to celebrate new beginnings with new dresses. When the August sunshine faded by and the September rain clouds came, I started a quest to find the perfect dress to wear on my first day at uni. Not that anyone would notice my new dress, considering the huge mass of fresh students that would be drumming inside the auditorium, but I still wanted to experience that special feeling of a back-to-school outfit. I know exactly the place to shop those kind of dresses, and fell in love with this perfect purple dress by French Connection only moments after walking into the store. The price tag made my head spin, and knowing that I was leaving for London only a few days later I decided to fulfill my quest overseas. I eventually went with the dress that I’ve introduced to you as my farming dress.

Then came boxing day. I am an avid believer of the statement “if your size is out, than it wasn’t meant to be”. It’s a psychological defense system, you could say, to not have to feel sad about a lost sale. I only realized the sales were on late in the afternoon of Boxing day, and the dress was gone. “Probably best”, I said to myself. A few days later I wanted to show the dress to a friend over Facebook and she noticed they had restocked and that my size was available. Even though it was a Holiday that day, the dress was processed the same evening and well on it’s way to Belgium the next morning. I had a small panic when I noticed they were shipping with a company I had nothing but bad experiences with, but this time everything went well (besides the part where the deliveryman was a liiiiittle scared of our Jack Russel barking behind a closed door).

The dress might not have become the symbol of my start at uni, but it eventually became the first item of clothing I bought in the new year. So after all, it still states a new beginning. 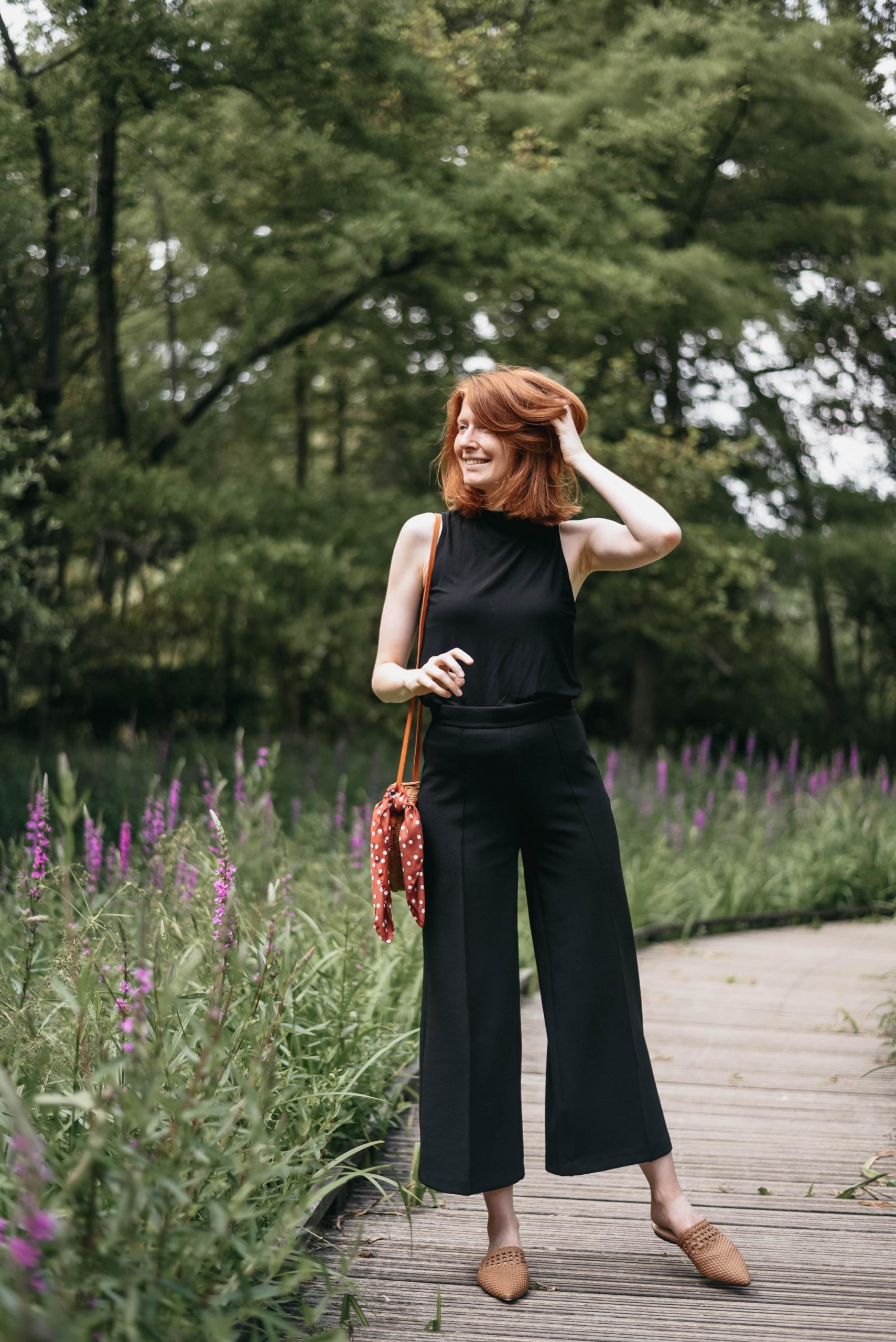 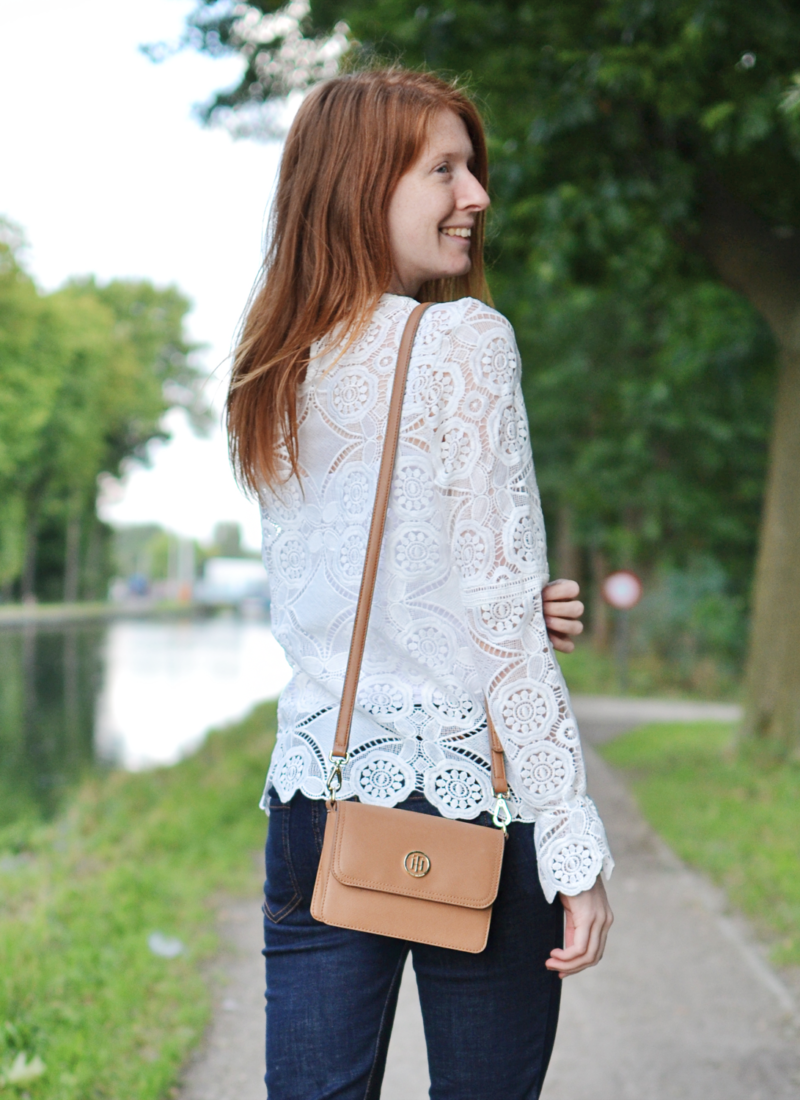 The Best White Lace Blouses of the Season 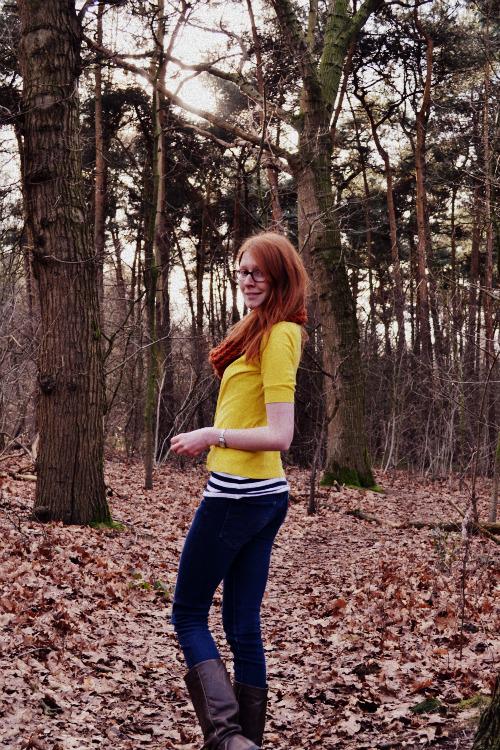 The camera was freezing 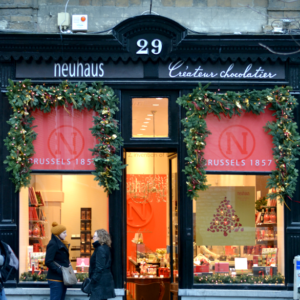