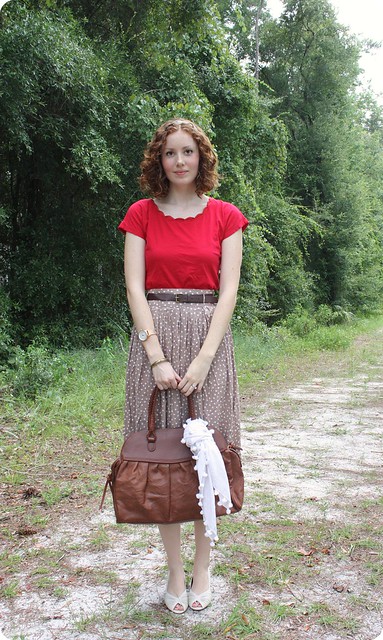 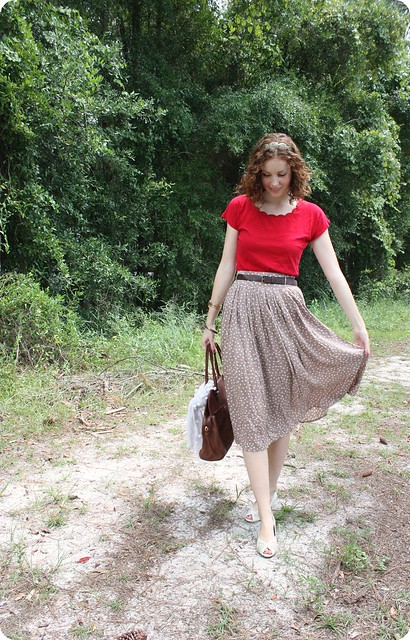 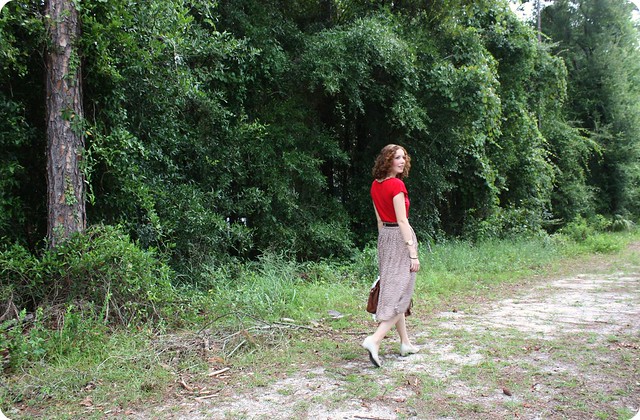 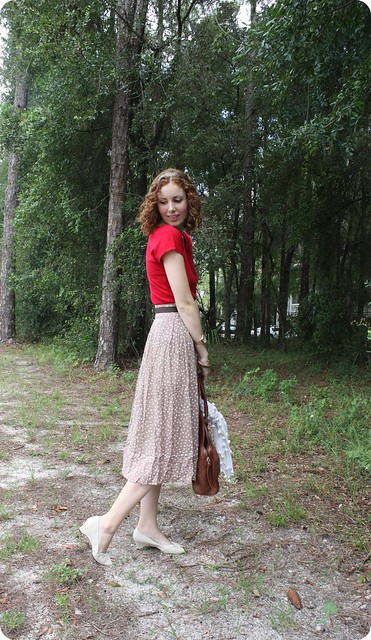 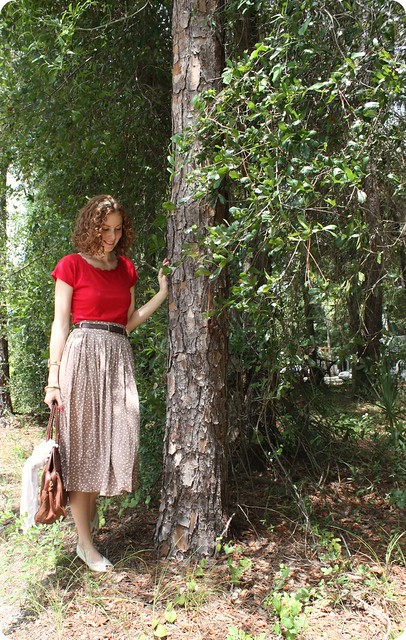 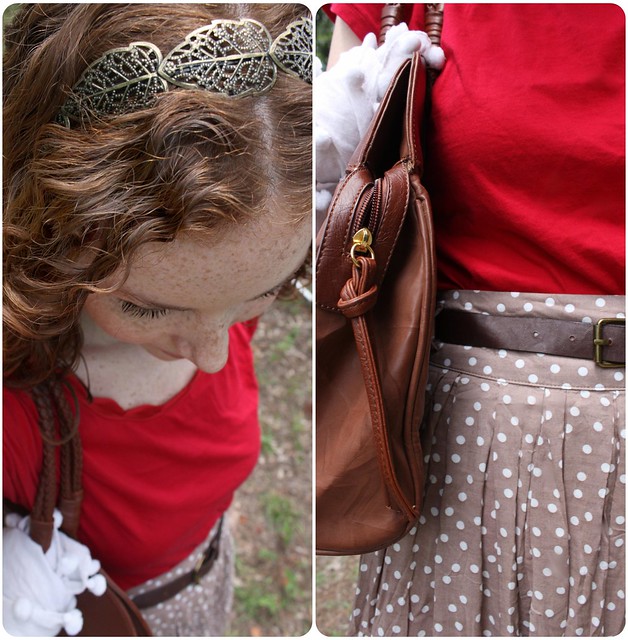 Hey everyone! I’m Megan from Feathers & Freckles and I’m filling in for Nikki today while she’s traveling. Maybe she thought by asking another ginger to do a post you guys wouldn’t notice she was missing?

I was really excited when Nikki asked me to do this for her. Then my excitement turned into nervousness as I started questioning myself. What am I going to wear? Where I am going to photograph? Will they like me? Am I ginger enough for The Ginger Diaries? Will they throw tomatoes at their screens and tell me to get lost?

I calmed down and started brainstorming what I wanted this post to look like. I had visions of me eating an ice cream cone and walking puppy dogs, flying a kite on a deserted beach, or paddling a canoe on a calm river as my hair gently blows in the breeze. Then I settled on the next best thing; a mosquito-infested park near my apartment. During this high fashion photo shoot, I ended up finding a pair of a homeless man’s underwear, an empty bottle of liquor, and a dead armadillo.

Not quite the romantic, whimsical, Parisian-inspired post I was hoping for… but as they say in France, c’est la vie. 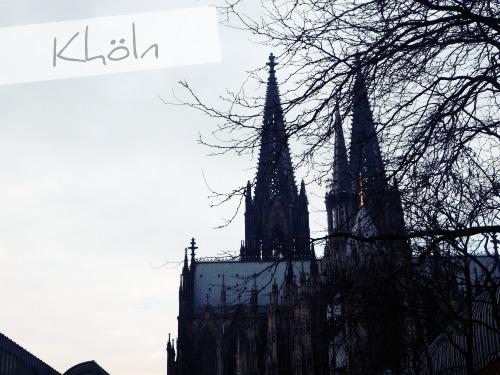 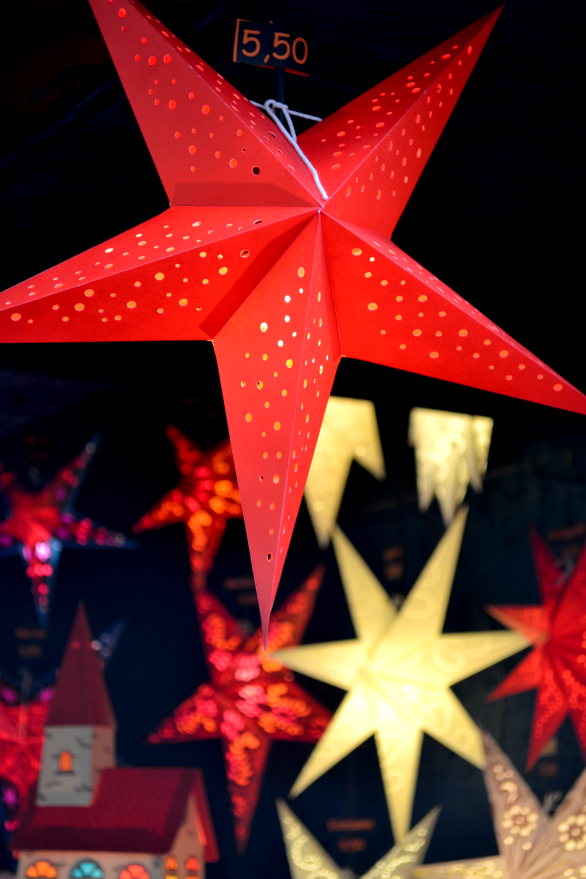 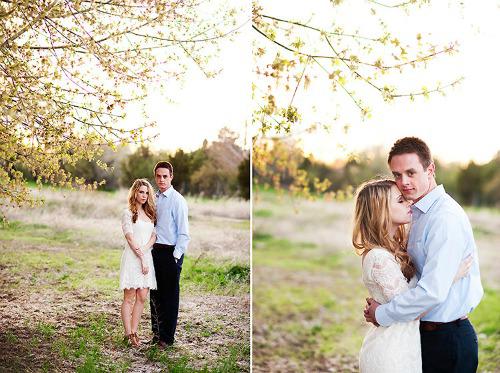 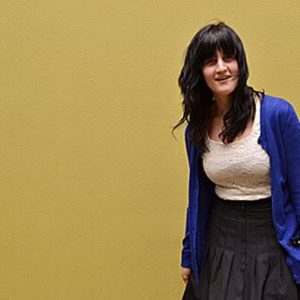